Former Chief Journalist for the Seabees

Dan was born in Detroit and grew up in and around Detroit, attending the former East Detroit High School (Go ☘️ Shamrocks); Wayne State University downtown; and later completing his undergrad at Southern New Hampshire University. He finished half of a two-year MFA in creative writing before his VA education benefits finally winked out.

He has worked as a color timer and processor in an automated photo lab; as a stock chaser in a Chrysler stamping plant; and as a warehouse rat on 100-degree summer days. He spent seven years on active U.S. Army duty, mostly as a long-duration undercover Military Police Investigator, serving five years in Germany in two trips.

Most of his civilian work life was spent on staff at and for magazines. He was an Associate Editor at AutoWeek; the Detroit Editor at Popular Mechanics; and the National Editor at both Motor Trend and Car and Driver.

Dan has been a senior enlisted Navy Journalist since October 1986, with deployments to places such as Manila, the Philippines; Germany; and New Orleans covering Mardi Gras. He was the only Navy photographer on the only U.S. warship to attend the 300th Anniversary of the Russian Navy, in St. Petersburg. Not the Florida one.

After his magazine career, Dan served in a series of executive public relations roles at Tier 1 automakers and agencies before the events of September 11, 2001. By March 2002, he had accepted a 37-month by-name recall to active U.S. Navy duty as the senior enlisted public affairs manager at Naval Facilities Engineering Command and as the chief journalist of the Seabees. He retired from the Navy Reserve in July 2010 as a Chief Petty Officer.

He lives in suburban Detroit where he is finishing the second STORM CELL novel, Force Majeure. 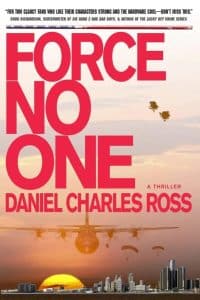