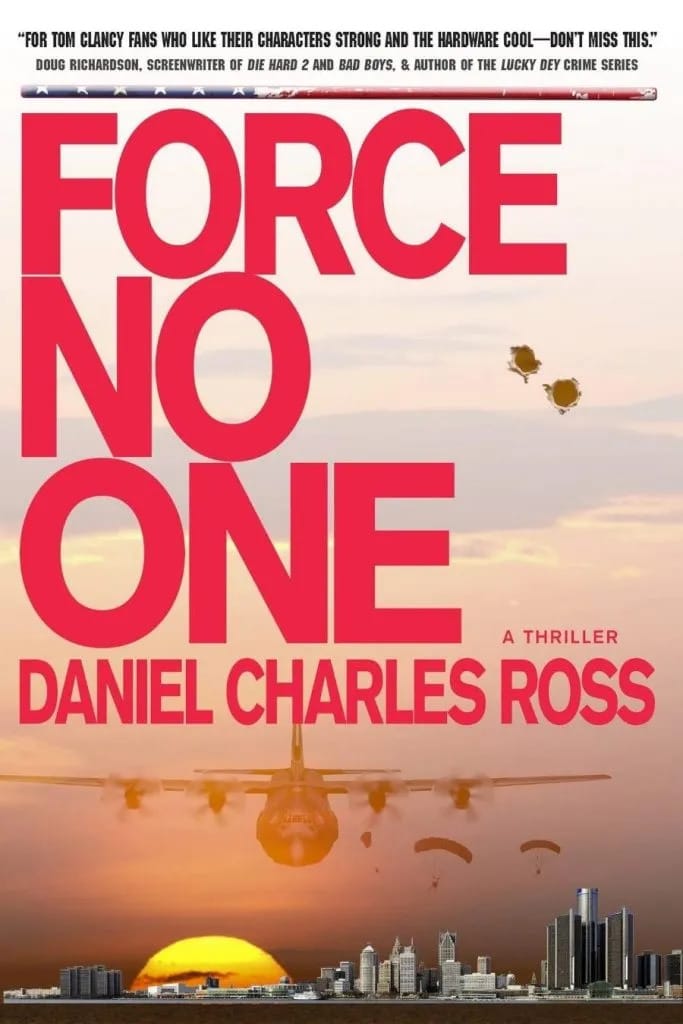 A homicide in Detroit usually doesn’t raise many eyebrows, but a victim is found with a business card from a Department of Homeland Security enforcement cell no one’s ever heard of. FBI Special Agent Amber “Corvette” Watson and Detroit Police homicide detective Sgt. Tracey Lexcellent catch the case.

With a disgraced U.S. Army Ranger who can forget nothing and a black-budget CIA team in tow, they must solve the murder before terrorists can parachute into open-air Comerica Park during the opening ceremonies of the World Series to blow themselves up and kill thousands on live television.

People are going to die. Everyone hopes they are the bad guys. Dan was born in Detroit and grew up in and around Detroit, attending the former East Detroit High School (Go

Shamrocks); Wayne State University downtown; and later completing his undergrad at Southern New Hampshire University. He finished half of a two-year MFA in creative writing before his VA education benefits finally winked out.

He has worked as a color timer and processor in an automated photo lab; as a stock chaser in a Chrysler stamping plant; and as a warehouse rat on 100-degree summer days. He spent seven years on active U.S. Army duty, mostly as a long-duration undercover Military Police Investigator, serving five years in Germany in two trips.