A well-traveled and adventurous author.

Sam Mitani is a Japanese-American, naturalized when he was two-years-old. After graduating from college with a BA in Journalism, he joined Road & Track magazine, where he ultimately became the International Editor. Sam’s responsibilities included covering and test driving cars from around the world, especially those from Japan. He also contributed to magazines in Singapore, Malaysia, Hong Kong and Japan.

His first novel, The Prototype, won the prestigious Gold Prize in the Thriller category of the 2019 New Generation Indie Book Awards, while also garnering dozens of rave reviews.

In his spare time, he authored a travel book titled Fielding’s Malaysia & Singapore: The Adventurer’s Guide to the Wonders of Malaysia and Singapore and co-authored Fielding’s Far East. He also appeared as a guest host for the Best Motoring DVD series. The team for KABC’s Eye On LA, where he was the automotive co-host, won an Emmy Award.

Sam also took part in a number of adventurous races, including the Dakar Rally in 1996 (then known as the Granada-to-Dakar Rally), as well as two stints in the Malaysian jungle in the Trans Peninsula Rally. He also drove in the Baja 2000, an off-road race through the famous desert peninsula, and was part of the first American motorcycle tour of Vietnam since the war. In 2010, Sam set a speed record at the Bonneville Salt Flats in a Suzuki Kizashi, going 203.73 mph, which made him a member of the exclusive Bonneville 200-MPH Club.

Sam has also been an ardent student of judo since the age of five. He is currently a 6th-degree black belt and has his own dojo. Among his judo highlights are winning the Junior Olympics three years in a row and placing 3rd at the World Masters Championship International Competition in São Paulo, Brazil. 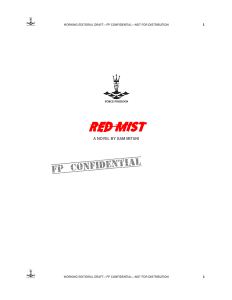