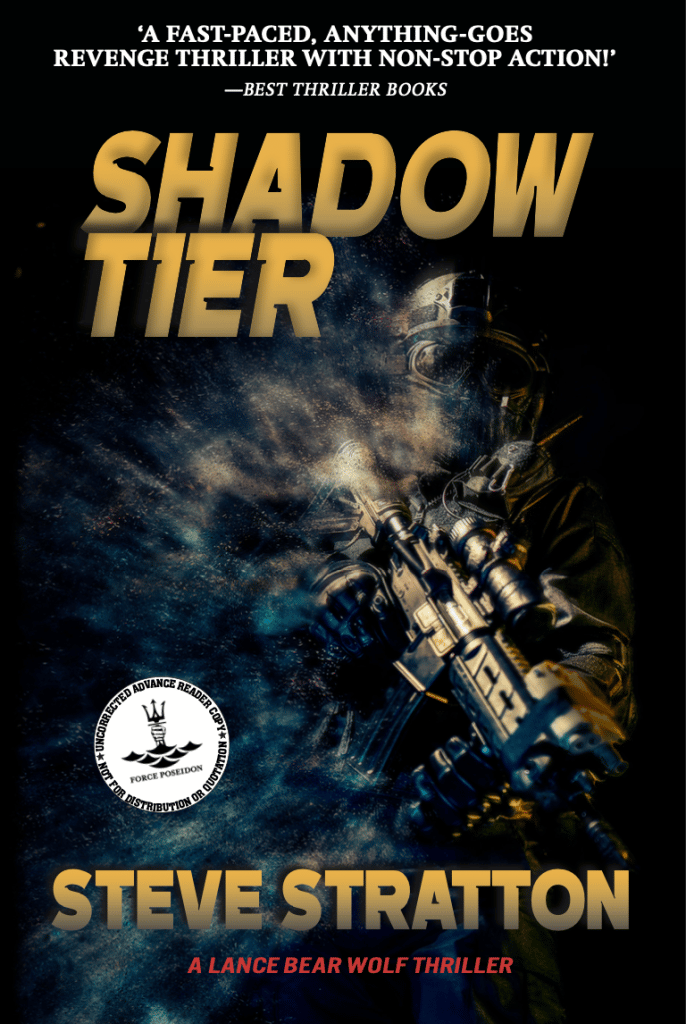 Lance Bear Wolf, a Crow Indian by birth and an American Special Forces leader, stops with his parents for a casual lunch during a family outing in Mexico. They are classically in the wrong place at the wrong time.

As they are seated in the picturesque Mexican restaurant, Wolf and his father witness and get drawn into soldiers from the Sinaloa Cartel killing the restaurant owners over a perceived slight to cartel princess Eliana Cortes, a leader in her family’s drug empire.

When Wolf and his father shoot back and save many lives, Cortes orders her soldiers to kill the Americans. Wolf’s father is killed, and his mother critically wounded. The cartel princess and her escorts get away, but not until many of their shooters are left bleeding out on the ground.

He builds a team of like-minded men to join a new classified unit codenamed Shadow Tier—and Wolf is its head of operations, giving him free rein to build an assault on the Mexican drug kingdom. A training mission along the Arizona border provides a cover story for a devastating assault on the core of the cartel’s operations. They decimate Mexican drug runners, but there are unanswered questions,.

And Wolf is losing to the darkness of revenge. Steve Stratton started his U.S. Army career at the White House Communications Agency supporting the communications needs of Presidents Gerald R. Ford and Jimmy Carter; Vice Presidents Nelson A, Rockefeller and Walter F. Mondale; and Secretary of State Henry Kissinger. Steve’s work took him around the world introducing him to new cultures, ways of thinking, and the various agencies projecting and protecting American interests abroad. The jump from WHCA to the U.S. Secret Service was an easy transition, but after several years, Steve left for the commercial sector.